That is just one fact highlighted by John C. Demers, the Assistant Attorney General for the US Department of Justice’s National Security Division, in breaking down figures about Chinese espionage at a Washington DC event on Aug. 12.

Demers, who has been with the DOJ since 2003, led the department’s ‘China Initiative’ since 2018; the campaign was created to examine & prosecute Chinese economic espionage.

In the event, “Countering Chinese Espionage” – a virtual discussion hosted by the Center for Strategic & International Studies – Demers described some of the national-security threats coming from China, including their efforts to steal intellectual property, & what the United States Govt. is doing to protect their interests.

The event was one of a number to focus on the Chinese Communist Party’s influence on the US so far this summer, coming a month following the Federal Bureau of Investigation’s Director, Christopher Wray, discussed the very same topic, in a presentation at DC’s Hudson Institute.

An even larger number of the cases (80%) the DOJ is involved with link in some way to China; Demers stated that about 60% of all of its cases involving trade secrets can certainly be traced back to China.

In the session, Demers explained the purpose of the China Initiative, & emphasised how the country largely follows a “rob-replicate-replace” campaign in which it steals US intellectual property, replicates it, & then tries to replace whatever company was selling it in China.

This obviously has great repercussions on the global market, too, if the Chinese companies have success. The majority of cases prosecuted as part of this campaign are insider cases, Demers explained.

A lot of what Demers discussed reflected points made by FBI Director Wray the previous week. He highlighted the intensity of China’s 2017’s cyber-attack against credit reporting bureau Equifax, & the 2015 Office of Personnel Management hack.

He also described China’s actions during the COVID-19 pandemic & touched on recent indictments against Chinese hackers working to steal IP around a coronavirus vaccine.

Hackers in China have always been interested in biomedical information, but the fact that information around any potential vaccines for COVID-19 is some of the most valued data in the world currently has motivated the hackers still further.

What Demers commented that Wray did not, was about how major actions against Chinese IP theft could lead to a sense of hysteria around China per se, suggesting there could be racist undertones a la ‘a Red Scare’. Instead of focusing on ethnicity, Demers said organisations should focus on behaviours that might flag-up IP theft or other crimes.

In the virtual session, Demers also mentioned the DOJ’s move to close China’s consulate in Houston, & US national security concerns regarding TikTok.

Attackers use socially engineered SMS messages & malware to compromise 10s of 1,000s of devices & drain user bank accounts. They are impersonating the Iranian 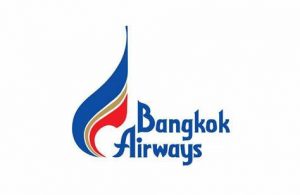