Cyber-Attack – Meat Producer Shuts Down Operations in US & Australia! 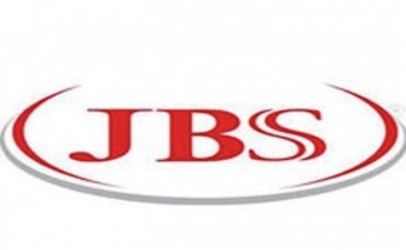 The world’s largest meat distributor shut down some operations in both the US & Australia over the Memorial Day holiday weekend after a cyber-attack on its IT systems that could have a serious effect on the food supply chain if not resolved quickly.

Global food distributor JBS Foods suffered an unspecified incident over the weekend that disrupted several servers supporting IT systems & could affect the supply chain for some time.

When the incident was discovered —the nature of which was not specified–“the company took immediate action, suspending all affected systems, notifying authorities, & activating the company’s global network of IT professionals & 3rd-party experts to resolve the situation,” explains the statement.

JBS’s IT system does have backup servers, which were not affected, & the company is working with a 3rd-party incident-response firm to restore operations as soon as possible, it was revealed.

Also, the company stated that there is no evidence so far that “any customer, supplier or employee data has been compromised or misused as a result of the situation,” it was outlined. However, customers & suppliers may experience a delay in “certain transactions,” as a “resolution of the incident will take time,” the company suggested.

Though JBS did not disclose which of its US operations were affected, in Australia JBS shut down operations across the states of Queensland, Victoria, New South Wales & Tasmania, according to JBS Australia CEO Brent Eastwood told Beef Central.

Without access to the internet & normal IT operations, Eastwood observed that JBS could not conduct its usual processing operations, nor could its meat sales & lot feeding operations—the latter of which registers livestock entering into the supply chain—operate effectively, it was reported.

Because there is no telling how long operations will be disrupted, the attack could have a knock-on effect on the food supply chain not only in Australia, but also globally, one market analyst told ABC news in Australia.

“It could be a day, it could be a week, it could be multiple weeks,” Jon Condon, a publisher at Beef Central, a daily news & market intelligence service for the beef industry, said in a published report. “The longer it goes, the worse the situation in terms of supply and disruption. This will create logistical problems right up & down the supply chain. It’s going to put enormous hardship on the JBS operations.”

A spokeswoman for the JBS US operations did not immediately return a request for comment, & further details, on the incident Tues. morning.

Cyber-criminals have been very active lately in targeting essential services & industries around the world with a series of attacks against govts, national health agencies & other critical infrastructure that can have a significant effect on people’s everyday lives.

Although there is no confirmation that the JBS attack was a ransomware attack, the fact that it caused a shutdown of IT operations seems to indicate this. The company also referred to backup servers in a press release, which suggests that they will be used to help restore systems that were affected—a common procedure in a ransomware attack.

The potential effect of the JBS is similar to the last month’s attack on a major US oil pipeline, when ransomware group Dark Side targeted operator Colonial Pipeline Co., disrupting fuel supply in the Eastern US.

The incident caused US President Joe Biden to declare a state of emergency & caused substantial issues at petrol stations in the US Southeast, netting Dark Side a $5m ransomware payment from Colonial to end the situation.

Attackers are targeting email accounts from well-known universities, including US Purdue & Oxford, to launch attacks that get around DMARC & SPF. Cyber-criminals are hijacking