DO LEAKED DOCUMENTS ‘PROVE’ RUSSIAN HACKERS TRIED TO ALTER UK POLITICS? Was ‘Cozybear/The Dukes’ responsible, or was it ‘Gregoriator’ or ‘Secondary Infektion’?

Classified documents posted online show that Russian hackers made a deliberate attempt to alter the outcome of the Dec. 2019 UK elections, it is claimed.

UK Foreign Secretary, Dominic Raab has now confirmed that it is, “almost certain that Russian actors sought to interfere in the 2019 General Election through the online amplification of illicitly acquired & leaked Government documents.”

The government launched an investigation into the source of the leak, after details of talks with the US on a possible post-Brexit trade deal were published on social media site Reddit. The UK Labour party said the files proved the government would “sell-out” the state-run National Health Service (NHS) to US companies.

It comes after the Westminster Intelligence & Security Committee today vowed to publish the full report into Russian interference in the election within a week. In a written statement today, Dominic Raab wrote: “During the 2019 General Election a cross-Government election security cell was stood up to co-ordinate responses to threats & hazards relating to the election.

The then Labour leader Jeremy Corbyn used the official papers as evidence the NHS would be “on the table” in talks on a post-Brexit trade deal with America. The documents were found on website Reddit, which said at the time it believed the leak was “part of a campaign that has been reported as originating from Russia”.

However, Labour did not comment on how it obtained the leaked documents, & Jeremy Corbyn refused to comment in any way, when ‘door-stepped’ by the media today.

He later released a statement saying that the claims were ‘completely bogus’.

Ministers had until recently insisted there were “no successful examples” of Russian disinformation affecting a British election, although there have been persistent allegations that the Kremlin sought to influence the result of the 2016 EU referendum.

The topic is expected to be discussed in the Russia report.

Labour said it condemned any attempt by Russia, or any foreign power, to interfere in the UK’s democratic processes.

“Labour stands ready to work cross-party to protect our nation’s security. That includes in our response to the publication of the long-awaited report by the Intelligence & Security Committee on the Russian threat to the UK.”

The foreign secretary was careful not to say that the dossier had been obtained via Russian hacking, although it is believed to have been obtained via a government special adviser’s personal email account, so conclusions may be drawn.

Instead, he emphasised that it had been spread by “Russian actors”. It was posted on Reddit in October 2019 under the heading “Great Britain is practically standing on her knees” by an anonymous user called ‘Gregoriator’.

Shortly afterwards a Twitter account with the same name attempted to bring it to the attention of various Labour & Lib Dem politicians, journalists & celebrities, including Stephen Fry & Bette Midler. This was initially unsuccessful.

A month later, the dossier came to the attention of the pressure group ‘Global Justice Now’, which told the BBC it had been emailed & alerted to the presence of the documents online, where it was passed on to Labour & highlighted in the closing phases of the election campaign.

“When these gained no traction, further attempts were made to promote the illicitly acquired material online in the run-up to the general election.”

Concerns about the dissemination of the documents have been around since Dec., when researchers at Graphika, a social media consultancy, explained the method used, & the spelling & grammatical errors made by Gregoriator  did point at Russian origin.

They matched ‘amplification techniques’ known as Secondary Infektion, a name given to a Russian information operation exposed by Facebook earlier this year, operating across 6  languages & dozens of platforms.

Ben Nimmo, Head of Investigations at Graphika, observed, “The big thing here is that the UK govt. has now accused Russian actors of trying to interfere in the general election. All the evidence pointed that way, but this adds so much weight to it.

“It’s also a reminder that election interference wasn’t a one-off in the US in 2016: it’s a much broader threat, & one we all need to watch out for.”

The foreign secretary also commented that a criminal investigation was ongoing, & therefore it would be ‘inappropriate’ to go into more detail.

There have also been rumours of recent Russian attempts to hack UK Coronavirus vaccine research. Russia have announced that it is a matter of ‘national prestige’ that Russia brings out a vaccine first. Was ‘Cozybear/The Dukes’, who are closely linked to the Russian state, responsible for these attempts, as has been alleged?  The security services in the UK, US & Canada certainly believe it was Russian actors, as was revealed by the simultaneous announcements in all 3 countries. 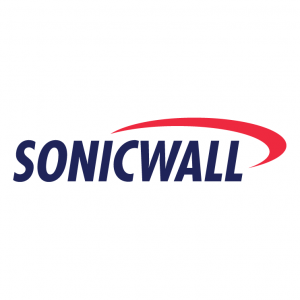 Company SonicWall has finally rolled out the complete fix this week for an RCE flaw affecting some 800,000 devices that could result in crashes or