An international law-enforcement team from France & the Netherlands cracked the encryption of EncroChat, a secure mobile messaging service that was “one of the largest providers of encrypted communications,” according to the UK’s National Crime Agency (NCA).

British officials had been investigating the platform & activities of the criminals using it since 2016 through Operation Venetic, working alongside international law-enforcement agencies to share technical expertise & intelligence.

“The infiltration of this command-and-control communication platform for the UK’s criminal marketplace is like having an inside person in every top organized crime group in the country,” NCA director of investigations Nikki Holland said in a statement. “This is the broadest & deepest-ever UK operation into serious organised crime.

More than one murder was disrupted as a result, police observed.

“A specialist NCA team, working closely with policing partners, has prevented rival gangs carrying out kidnappings & executions on the UK’s streets by successfully mitigating over 200 threats to life,” commented the NCA.

Not much is known about who is behind EncroChat, but officials said it was only used by criminals to plan illegal activity.

The service’s owners became aware of the criminal investigation last month, informing an estimated 60,000 users with a message warning them to get rid of their EncroChat devices because their servers, operating out of France, had been “seized illegally by government entities,” says the NCA.

The service relied on EncroChat devices, which came with pre-loaded apps for instant messaging as well as the ability to make secure internet calls, with no other “conventional smartphone” functionality, UK sources said.

Criminals describe EncroChat phones as modified Android devices, including some models that use “BQ Aquaris X2,” an Android handset released in 2018 by a Spanish electronics company, according to leaked documents cited in the report.

To turn the phones into secure messaging devices, Encrochat installed its own encrypted messaging programs onto the basic device. The service would remove the GPS, camera & microphone functionality from the device & route messages through Encrochat’s own servers to ensure secure communications.

Unique to EncroChat device was a service that a user could execute using a PIN to wipe the device if it were compromised. Devices also could run 2 operating systems side by side to hide activities, said the report.

If a user wanted the device to appear like a typical smartphone, they could boot it into a regular Android OS. To use the encrypted service, they would switch the device over to the EncroChat system.

Purchasing an EncroChat phone also was not easy, with criminals describing back-alley deals with otherwise legitimate vendors to procure devices, according to the report.

Once law enforcement cracked EncroChat’s encryption, investigators had an unobstructed view into the activities of organised criminals, who believed they were communicating securely only with their collaborators.

Messages intercepted by authorities outlined how criminal gangs allegedly directed members to obtain money from customers, how to launder it safely, where to hide drugs, & when & how murders against rivals would be committed, according to the report.

The resulting arrests spanned a number of EU countries & the UK, with authorities currently detaining alleged criminals in the UK, the Netherlands, Norway, Spain & Sweden. 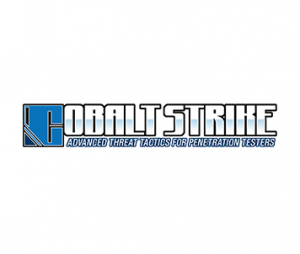 The legitimate security tool Cobalt Strike has shown up 161% more, year-over-year, in cyber-attacks, having “gone fully mainstream in the crime-ware world.” The use of

A dump of 100s of 1,000s of active accounts is aimed at promoting ‘All World Cards’, a recently launched cyber-criminal site for selling payment credentials

Microsoft has become the latest victim of the ever-widening Solar Winds-driven cyber-attack, that has affected various US Federal Agencies & tech targets. Its president, Brad