Analysis of a just published key report looks at the conclusions taken from 32,000 security incidents, & 3,950 confirmed breaches from 81 countries.

The vast majority of breaches are caused by external factors – 70% – with organised crime representing 55% of these.

Credential theft & social attacks such as phishing and business email compromises cause the majority of breaches (more than 67%).

The 2020 DBIR report showed that common patterns could be found within cyber-attack journeys, enabling businesses to “determine the bad actors’ destination” while they are in progress.

When they are linked to the order of threat actions, whether through error, malware, physical, or hacking, breach pathways can be used to predict the target.

This means that the attacks can be stopped & so offer a “defender’s advantage”.

The take up has made them targets for cyber-attackers.

2020 DBIR findings show that phishing is the biggest threat for small firms, accounting for more than 30% of breaches.

Next comes the use of stolen credentials (27%) and password dumpers (16%). Most often, attackers targeted credentials, personal data & business-related data such as medical records, internal secrets, or payment information.

29% of breaches come in the manufacturing sector, where external actors use malware such as password dumpers, app data capturers and downloaders to obtain proprietary data for financial gain.

Almost all of the incidents in retail were financially motivated – some 99%, where payment data & personal credentials were the goals. The main cause of retail breaches is via web applications, rather than Point of Sale (POS) devices.

Almost a third (30%) of breaches were caused by web application attacks. Most often this was primarily driven by external actors using stolen credentials to get access to sensitive data stored in the cloud. The transition to online services has been highlighted as a key factor.

A doubling of ransomware attacks in 2020 makes up around 80% of malware attacks compared to 45% last year. Social engineering equals 27% of incidents.

Some 31% of healthcare breaches came from basic human error. External breaches were at 51%, up from 42% last year, slightly more common than insiders at 48% (59% in 2019). The industry has the highest number of internal bad players, because of more access to credentials.

61% of malware-based incidents were related to ransomware, while 33% of breaches were accidents caused by insiders. These types of organisations have improved on identifying breaches, with just 6% lying undiscovered for a year compared with 47% previously. This was linked to legislative reporting requirements.

It was found that financially motivated breaches, in general, accounted for 91% of cases in Northern America, compared to 70% in Europe, Middle East & Africa & 63% in Asia Pacific.

Northern America, the technique most commonly used was stolen credentials, accounting for more than 79% of hacking breaches. Some 33% of breaches were associated with either phishing or pretexting.

Asia Pacific (APAC) 63% of breaches were financially motivated, & phishing attacks are also high, at over 28%. 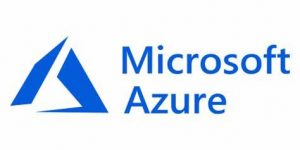