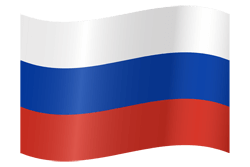 The British Govt. has just exposed fresh tactics now used by the Kremlin to gather support for Russia’s invasion of Ukraine. This includes “a troll factory” used to spread disinformation on social media in a large-scale international campaign.

Using Telegram as the main recruitment agent, the factory is looking for new “workers” to join the team. They then go onto social media to participate in the “pro-Kremlin campaign,” spamming the Russian Govt’s critics & foreign leaders with propaganda.

This research links the troll factory to Yevgeniy Prigozhin (sanctioned by the UK,) who previously owned a similar bot factory known as the ‘Internet Research Agency.’

It was infamous for participants spreading misinformation on social media & conspiracy theories both locally & internationally.

“Masquerading as Americans, these operatives used targeted advertisements, intentionally falsified news articles, self-generated content, & social-media platform tools to interact with & attempt to deceive 10s of millions of social-media users in the US,” a related report by the US Senate Intelligence Select Committee stated.

This current troll factory is targeting politicians & social media users across a variety of areas, such as in the UK, South Africa, & India. Threat players use VPNs during their spam campaigns to avoid in-built harmful content detection filters.

“These are insidious attempts by Putin and his propaganda machine to deceive the world about the brutality he is inflicting on the people of Ukraine. This evidence will help us to more effectively identify & remove Russian disinformation and follows our decisive action to block anyone from doing business with Kremlin-controlled outlets RT & Sputnik,” Culture Secretary Nadine Dorries observed.

The UK Govt. has set up a Government Information Cell (GIC) to deal with Russian propaganda. A team of experts identifies the Kremlin’s disinformation and prepares an appropriate response plan.

“We cannot allow the Kremlin and its shady troll farms to invade our online spaces with their lies about Putin’s illegal war. Over 300 UK Spar Outlets Temporarily Closed by a Cyber Attack!

SPAR has been forced to close more than 300 stores for a 2nd day after being subject to by a cyber-attack. The stores shut their