Dharma ransomware, which is becoming popular with cyber-criminals, is typically installed by hacking into computers over Remote Desktop Protocol Services (RDP), which is a Microsoft-developed technology for connecting to other computers over a network.

First scanning the Internet for computers running RDP, hackers will then try to ‘brute force’ the password by trying multiple passwords & hoping that one eventually works.

When access is obtained, the attackers will install the ransomware, which encrypts the computer & locks out the users. Also, often, the attackers also try to encrypt other network computers.

Dharma, also known as Crysis, has been distributed under a ransomware-as-a-service system since at least 2016. Group-IB further added, “Its source code popped up for sale in March 2020 making it available to a wider audience.”

All the organisations affected by the ransomware had poor credentials, Group-IB commented, so it was relatively easy to access the computers. For instance, using the default RDP port 3389 is not a safe practice, & leaves a computer vulnerable, Group-IB outlined.

“The newly discovered hacker group suggests that Iran, which has been known as a cradle of state-sponsored APT groups for years, now also accommodates financially motivated cyber-criminals,” Group-IB said.

“Interestingly, the threat actors likely didn’t have a clear plan on what to do with the compromised networks,” according to Group-IB. The hackers often turned to software sharing websites in order to disable antivirus software.

To scan for accessible hosts in the compromised network, the hackers then used Advanced Port Scanner, another publicly available tool.

“It’s surprising that Dharma landed in the hands of Iranian script kiddies who used it for financial gain, as Iran has traditionally been a land of state-sponsored attackers engaged in espionage and sabotage,” Oleg Skulkin, a Senior Digital Forensics specialist at Group-IB, wrote in the blog.

However, this kind of amateur hacking could become commoner, experts have warned. “Since 2017-2018, the cyber-crime ecosystem has evolved to automate, simplify, & monetise the entire process of breaching companies & deploying ransomware,” ZDNet reported. 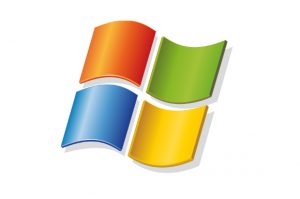 The US Govt. has stepped in to offer a mitigation for a critical remote code execution (RCE) vulnerability in the Windows Print Spooler service that

Online shops in Europe, US & South America have been found to be compromised by an attack using Google Analytics to sidestep CSP – more

A new version of a trojan is spreading fast, & already has claimed 100,000 victims worldwide. Attacks attributed to the Qbot trojan, known as the