An African American man has sued US police, saying he was falsely ID’d by facial recognition, & joins other Black Americans falling victim to the technology’s supposed ‘racial bias.’

Racial bias against non-white skin in facial recognition led to 10 days in prison for Nijeer Parks in 2019, when the technology falsely identified him as a shoplifting suspect, a new legal case says.

It did not matter at all that he had not been to the location of the crime, a Hampton Inn hotel in Woodbridge, New Jersey, says Parks. The tech identified him & that was sufficient for police, he claimed.

A warrant was issued, & Parks had his cousin drive him to the police station to explain they had the wrong person.

“I had no idea what this was about,” Parks told NJ Advance Media. “I’d never been to Woodbridge before, didn’t even know for sure where it was.”

That did not matter, according to Parks, who explained that once he got to the station he was handcuffed & put in jail for 10 days. The charges against him were later dismissed, & prosecutors then admitted the only evidence against Parks was from the dept’s Clearview AI facial recognition technology.

“I did have a background, but I’d been home since 2016 & I had been in no trouble,” Parks observed. “The whole thing scared the heck out of me. I’ve been trying to do the right thing with my life.”

Parks is now suing the police dept. for locking him up based on nothing more than this faulty technology, & he is not alone.

Robert Julian-Borchak Williams, was also wrongly arrested earlier in 2020, this time in Detroit, for allegedly stealing watches in 2018, after also being misidentified by facial recognition technology. This time it was Data Works Plus facial recognition software being used by Michigan State Police that failed.

Williams was arrested in front of his wife & children & held overnight in the Detroit Detention Centre until he was led to an interrogation room & shown video of the crime, Business Insider reported. That is when they finally compared the suspect with Williams & it was obvious police had the wrong guy.

About half of American adults, without their knowledge or consent, are included in the law enforcement facial recognition database, according to research from Harvard. This presents basic privacy concerns for all Americans.

It is African Americans who face the greatest threat of injustice, according to Harvard’s Alex Najibi, who explained in a report from Oct. that while overall accuracy rates for facial recognition tech are around 90%, error rates across different demographics vary.

The “poorest accuracy consistently found in subjects who are female, Black & 18-30 years old,” he wrote.

The idea that facial recognition software is racist is not anything new. The 2018 Gender Shades project, & an independent assessment by the National Institute of Standards and Technology have all come to the same conclusion: facial recognition technology is least accurate on Black Americans & Black women in particular.

Last Nov. the Los Angeles Police Dept. banned the Clearview AI facial recognition platform after personnel were revealed to have been using the database, citing privacy concerns & under pressure from watchdog groups such as the American Civil Liberties Union (ACLU).

“Clearview Al has captured these faceprints in secret, without our knowledge, much less our consent, using everything from casual selfies to photos of birthday parties, college graduations, weddings & so much more,” ACLU staff attorney Nathan Freed Wessler wrote about the lawsuit last May.

“Unbeknownst to the public, this company has offered up this massive faceprint database to private companies, police, federal agencies & wealthy individuals, allowing them to secretly track & target whomever they wished using face-recognition technology.”

Last summer, the National Biometric Information Privacy Act was introduced in the US Senate to put privacy protections in place, but until the law catches up, tech giants like Microsoft, Amazon & IBM have vowed to stop selling facial recognition to police departments.

“We will not sell facial-recognition tech to police in the US until there is a national law in place…We must pursue a national law to govern facial recognition grounded in the protection of human rights,” Microsoft president Brad Smith commented.

Clearview CEO Hon Ton-That defended his company’s product in a statement  last Sept. & pointed to its use by more than 2,000 law enforcement agencies to solve crimes & keep communities safe.

“Clearview AI is proud to be the leader in facial-recognition technology, with new features like our intake form — whereby each search is annotated with a case number & a crime type to ensure responsible use, facial-recognition training programs & strong auditing features.”

The Zodiac’s serial killer’s 340 cipher, which could not be solved for 50 years, has been cracked by a remote team of mathematicians. A remote 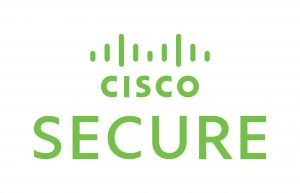