A threat group responsible for sophisticated cyber-espionage attacks against US utilities is actually comprised of 3 subgroups, all with their own toolsets & targets, which have been operating globally since 2018, researchers have found.

TA410 is a cyber-espionage umbrella group loosely linked to APT10, a group tied to China’s Ministry of State Security.

Though it’s apparently been active since 2018, TA410 1st came up on researchers’ radar in 2019, when Proofpoint uncovered a phishing campaign targeting 3 US companies in the utilities sector that used a new malware then called Look Back.

About 1 year later, the threat group resurfaced by using a sophisticated RAT against Windows targets in the US’ utilities sector. called Flow Cloud & believed to be the evolution of Lookback, the RAT can access installed applications & control the keyboard, mouse, screen, files, services & processes of an infected computer.

The tool also can exfiltrate information to a command-&-control (C2) provider.

The teams have overlaps in TTPs, victimology & network infrastructure, & they compromise global targets—primarily govt. or education organisations–in many ways, indicating that victims are targeted specifically, “with the attackers choosing which entry method has the best chance of infiltrating the target,” researchers stated.

Those ways include a latest version of Flow Cloud as well as access to the most recently known Microsoft Exchange remote code execution vulnerabilities, Proxy Logon and Proxy Shell, among other tools—both custom & generic—that are specific to each group, researchers found.

Researchers analysed the activity of each sub-group, including which tools they use & what type of victims they target. They also identified ‘overlap’ in which the players work together.

The subgroup has its own specific mode of attack & has launched campaigns against specific targets–namely universities, the foreign diplomatic mission of a S. Asian country in China & a mining company in India, researchers discovered.

Flowing Frog uses a 1st stage that ESET researchers have named the Tendyron downloader, & then Flow Cloud as a 2nd stage they explained.

X4 is a custom backdoor that is used as a 1st stage before Look Back is deployed researchers explained. The backdoor is loaded by a VMProtect-ed loader, usually named PortableDeviceApi.dll or WptsExtensions.dll.

Look Back is a RAT written in C++ that relies on a proxy communication tool to relay data from the infected host to the command-&-control server (C2). The malware has capabilities to view process, system & file data; delete files; take screenshots; move & click the infected system’s mouse; reboot machines; & delete itself from an infected host.

The 3rd & final team of TA410, Jolly Frog, targets organisations in education, religion, & the military as well as those with diplomatic missions, researchers found. Rather than use custom tools, the group exclusively uses ‘generic,’ off-the-shelf malware from known families Quasar RAT & Korplug, aka PlugX.

Korplug is a backdoor that that also has been used for years by various cyber-espionage groups & remains a popular tool. Last month, China’s Mustang Panda/TA416/Red Delta used Korplug in an espionage campaign against diplomatic missions, research entities & internet service providers (ISPs) in & around SE Asia.

“The loader allocates memory using VirtualAlloc & copies the content of qrt.dll.usb there,” researchers explained. “Then it jumps right into the shellcode that will decompress & load the Korplug payload.”

ESET researchers also took a look at an updated version of Flow Cloud currently being used by TA410.

Flow Cloud is a complex implant written in C++ comprised of 3 main components—a rootkit functionality, a simple persistence module & a custom backdoor–deployed in a multistage process that uses various obfuscation and encryption techniques to hinder analysis.

The latest version of the tool now also can perform the following activities: 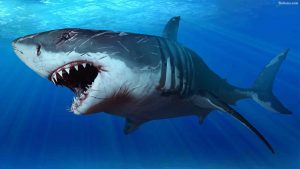 Google has removed 6 different malicious Android applications targeting mainly users in the UK & Italy that were installed about 15,000 times. Researchers have found