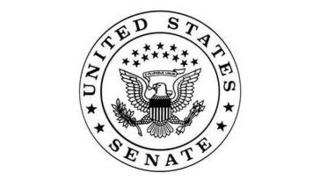 Facebook whistle-blower Frances Haugen accused the company’s founder, Mark Zuckerberg, of putting “profits over people” despite allegedly knowing that his site is harming children & societies in general around the world during today’s Senate testimony.

She & senators at the hearing on Mon. laid blame for issues stemming from the site directly at Mr Zuckerberg’s feet, with Ms Haugen declaring: “The buck stops with Mark. There is no one currently holding Mark accountable but himself.” It was noted that as Chairman & CEO of Facebook, with 55% of voting right shares in the company, Mark Zuckerberg has a free hand in decision-making.

Speaking before the Senate Subcommittee on Consumer Protection, Product Safety, & Data Security, Ms Haugen stated that the American public now knows “the truth about Facebook’s destructive impact” & added, “we still have time to act, but we must act now”.

Chairman Richard Blumenthal (D), delivered stinging criticism of his own, aimed personally at the Facebook CEO, & demanded that he appear before the committee to answer questions.

“Mark Zuckerberg ought to be looking at himself in the mirror, & yet rather than taking responsibility and showing leadership, Mr Zuckerberg is going sailing,” he said, adding, “Mr Zuckerberg, you need to come before this committee.”

The Chairman added that the Facebook CEO’s policy was “no apologies, no admission … no action, nothing to see here”.

The former Facebook employee told US ‘60 Minutes’ over the weekend that the company’s own internal research says it is causing conflicts & exacerbating divisions across the world, & urged Congress to act during the Senate subcommittee hearing on Tues.

Her remarks have opened the company up to new criticism about its data practices, ability, or willingness to keep young children off its platform, & success or failure with removing hateful speech & misinformation.

It was suggested that although Facebook bans users under 13, & removes 100s of 1,000s of such underage users every year, there is an underlying relaxed attitude to recruiting youngsters to the platform, in order to ‘get them hooked’, as they are seen as a tremendous future profit base for the company.

Hooked to an Addiction

In that respect comparisons were made to ‘big tobacco’ getting young smokers hooked to an addiction in order to create life-long customers. Chairman Richard Blumenthal referred to dealing with that issue in a previous State Attorney General role.

He also revealed that a phoney young teen girl with eating issues created by his staff as a test of Facebook was steered to groups & exposed to material highly likely to make a potential anorexic worse.

Says One Thing & Does Another

Observed Sen. Ed. Markey (D) Mass. – ‘Time & time again Facebook says one thing & does another. Facebook is built on computer codes of misconduct. They would not commit not to target 10-year-olds to the committee.’

It was also commented:-

‘Algorithmic bias issues are a major issue for our democracy’, and a challenge was issued:-

‘ Mark  Zuckerberg…your time of invading our privacy….is over… you can work with us or not work with us, but we will not allow your company to endanger our children, our families or our democracy any more…we will act! ‘

The company also now faces accusations that it enabled a genocide in Myanmar, amid other charges.

On Tues., Ms Haugen noted that ethnic conflicts occurring in Ethiopia were likely impossible for the company to oversee on its own platform as a result of the country’s multiple spoken languages & persistent staffing issues at Facebook that she said led to the company being unable to address many problems on the platforms.

Facebook spokespeople have been active on Twitter rapidly firing back at Ms Haugen’s assertions by pointing out that she did not work “directly” on many of the areas about which senators questioned her on Tues.; the company has not responded yet, however, to the demand from subcommittee Chair Richard Blumenthal for CEO Mark Zuckerberg to testify & answer the same questions.

Mr Zuckerberg himself last testified before Congress in 2019, when he appeared before the House Committee on Oversight & Reform.

Appearing before that committee, he faced a tough grilling at the hands of Rep Alexandria Ocasio-Cortez (D), who questioned Mr Zuckerberg about what the standard was for taking down political ads that contained misinformation.

During his widely criticised 2019 appearance, Mr Zuckerberg appeared flustered by questions regarding whether Ms Ocasio-Cortez could pay for political ads accusing her opponents of supporting her own policies, thereby eroding their support among their own party’s base, & was unable to answer whether such ads would be removed from the platform.

Criticism about misinformation on Facebook has only grown following the deadly  Jan. 6 attack on the US Capitol, & the continued prevalence of false claims regarding Covid-19 & vaccines on the platform.

Be aware of scammers trying to exploit the Coronavirus crisis

During difficult times like these, it’s an unfortunate reality that new types of scam activity can appear. The FCA has issued guidance on some new

The RaaS that crippled Colonial Pipeline lost the servers it uses to pull off ransomware attacks, while REvil’s gonads shrank in response. Dark Side, the

Attackers are using ads for fake Microsoft Teams updates to deploy ‘backdoors’, which use Cobalt Strike to infect companies’ networks with malware. Microsoft warns that cyber-criminals