Research from Gallagher now indicates that most of cyber-attacks in the UK exploit human error – & while this element is truly impossible to completely eliminate, many firms are still failing to protect themselves by using basic methodology. Under one-in-four firms have currently consulted external experts on tweaking their cyber-security offering in order to improve.

According to an Accenture report written in collaboration with the World Economic Forum, between 2019 and 2023, approximately $5.2 trillion in global value will be vulnerable to cyber-attacks, causing an on-going dilemma for both corporations & for investors.

New research amongst 1,000 UK business leaders has confirmed further that cyber issues are having a major impact on UK businesses – often costing indirectly much more than the immediate value of stolen data. According to Gallagher it was found that that while 14% of firms said cyber-attacks had impacted them in this way, a similar 14% said they had taken a reputational hit – something which in the long-run could cost them valuable customers – and 12% also said it had a financial impact – this may relate to the imposition of fines. E.g. ‘The EU General Data Protection Regulation (GDPR)’, now means a data breach could bring a massive fine with it.

Employees seem widely to be regarded as a weak link for most firms’ cybersecurity efforts. Seventy-one percent of business leaders say they worry about human error causing a cyber-issue, while 64% say they regularly remind employees about the risk cyber-crime presents.

This is understandable as according to Gallagher, among businesses who have experienced a cyber-issue, 39% said breaches related to malware where an employee clicks on fraudulent link. A further 35% said staff had been caught out by a phishing email.

Despite the huge cost of cyber-breaches and the fact many bosses worry about their employees’ ability to prevent them, however, the majority of UK businesses rely on off-the-shelf technology to safeguard themselves.

Just 39% have consulted with external experts on how to tailor their cybersecurity measures – potentially offering criminals a way into their digital operations.

Commenting on the findings, Tom Draper, Head of Cyber at Gallagher, warned, “Cyber criminals have become increasingly sophisticated with ways of trying to obtain access to data or a company’s system and it’s hard to remove the risk of human error entirely

… However, by businesses taking a comprehensive, multi-layered approach to cyber-security – including ensuring they have the appropriate insurance in place, establishing effective training programmes for employees and implementing technologies that secure the most sensitive data – they can save both money and resources in the long run…”

Author Alexander Pope told us that ‘to err is human, to forgive divine’, but CAN we forgive the fact that the majority of cyber-attacks are actually our fault? 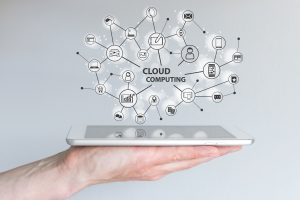 What is Threat Intelligence? An analysis of a well-known phrase