The researcher worked for the hospital for 10 years but acknowledged last month that & her husband stole its data & used it to launch 2 companies, 1 in China, 1 in the US.

A researcher suspected of conspiring to steal scientific trade secrets has acknowledged her wrongdoing & has plead guilty to stealing trade secrets related to paediatric healthcare.

The researcher, Li Chen, was initially charged last Autumn along with her partner, Yu Zhou, after reportedly stealing medical trade secrets from a research facility at Nationwide Children’s, a children’s hospital in Ohio they worked at for 10 years.

Exosomes can also help detect medical conditions like necrotising enterocolitis (a condition found in premature babies), liver fibrosis & liver cancer, according to the US Department of Justice’s note about Chen’s guilty plea.

Chen formally plead guilty 2 weeks ago, acknowledging she had conspired to steal the trade secrets, 5 in total, in addition to conspiring to commit wire fraud around the data.

In a plea agreement filed in April but not made public until July, Chen said she monetised one of the trade secrets she stole by starting a company in China, with help from the govt. there, then creating & selling exosome “isolation kits.”

In exchange for the data, Chen received money from China, including the country’s State Administration of Foreign Expert Affairs, & the National Natural Science Foundation of China.

“Once again we see the People’s Republic of China (PRC) facilitating the theft of our nation’s ingenuity & hard work as part of their quest to rob, replicate & replace any product they don’t have the ability to develop themselves,” John C. Demers, US Assistant Attorney General for National Security, explained last month during a press conference.

Last September’s indictment revealed that on top of the then purported trade secret theft, the two started 2 companies in the after their theft, one, a Chinese company – Beijing Gen Exosome – it used to sell the exosome isolation kits, & another in 2017 actually on US soil – Gen Exosome Technologies Inc, which was co-formed with help from Avalon Globo Care Corp.

Both companies were formed & used its trade secrets in one form or another, without the knowledge of Nationwide Children’s.

“The complained-of acts were done without RINCH’s [The Research Institute at Nationwide Children’s Hospital] authorisation, knowledge, permission, or license despite the fact that at least Defendants Zhou & Chen were aware of RINCH policies regarding confidential information, intellectual property (including the RINCH Trade Secrets), conflicts of interest, & outside activities,” last year’s indictment read.

The hospital, which is based in Columbus, Ohio, took reasonable measures to protect its IP & trade secrets, says the court, but it wasn’t enough to prevent the stealth theft of data from researchers who for years had gained the trust of the hospital.

This case was one of 1,000s involving Chinese espionage & data theft worked on by US officials recently. The FBI’s director Christopher Wray, said earlier this summer the agency opens a new “China-related counter-intelligence case about every 10 hours” & it currently has roughly 2,500 cases.

As only Chen is mentioned in the DOJ’s press release, not Zhou, it appears as if there is more to come.

The US’ attorney moved to seal the case involving Zhou & Chen last month, “apprehensive that 1 or more persons may flee the jurisdiction, or that possibly evidence may be destroyed if they become aware of the existence of the Indictment & the Arrest Warrant.” 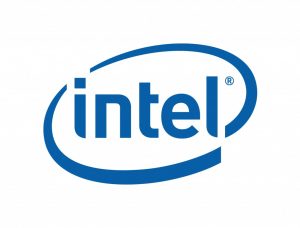 Intel has released 29 security advisories to plug up some serious bugs in the BIOS firmware for Intel processors, as well as in its Bluetooth