The bugs were found in 3rd-party web packages written for various languages, &,like Log4Shell & other software-supply chain threats, could have been imported to 100s or 1,000s of different web apps & projects.

URL parsing is the process of breaking down a web address into its components, so as to correctly route traffic across different links or into different servers. URL parsing libraries, which are available for various programming languages, are usually imported into applications in order to fulfil this function.

“Each component fulfils a different role, be it dictating the protocol for the request, the host which holds the resource, which exact resource should be fetched & more.”

According to a combined analysis, security holes crop up thanks to differences in the way each library goes about its parsing activities.

Across them, they identified 5 categories of inconsistencies in how these libraries parse components:

The problem is that these inconsistencies can create vulnerable code blocks, thanks to 2 main web-app development issues, according to the report:

As an example of a real-world attack scenario, slash confusion could lead to server-side request forgery (SSRF) bugs, which could be used to achieve RCE. Researchers explained that different libraries manage URLs with more than the usual number of slashes (https:///www.google.com, for instance) in separate ways: Some of them ignore the extra slash, while others interpret the URL as having no host.

In the case of the former (the approach of most modern browsers as well as cURL), accepting malformed URLs with an incorrect number of slashes can lead to SSRF, researchers explained:

“Libraries that do not ignore extra slashes…will parse this malformed URL as a URL with an empty authority (netloc), thus passing the security check comparing the netloc (an empty string in this case) to google.com.

However, since cURL ignores the extra slash, it will bring-up the URL as if it had only 2 slashes, so bypassing the attempted validation & resulting in a SSRF vulnerability.”

URL confusion is also responsible for the Log4Shell patch bypass, according to Claroty, because 2 different URL parsers were used inside the JNDI lookup process: One parser was used for validating the URL, & another for fetching it.

“Depending on how each parser treats the Fragment portion (#) of the URL, the Authority changes too,” researchers explained.

However, on certain operating systems (mainly macOS) & specific configurations, when the JNDI lookup process fetches this URL, it does not try to fetch it from 127.0.0.1, instead it makes a request to 127.0.0.1#.evilhost.com.

This means that while this malicious payload will bypass the allowed LdapHost localhost validation (which is done by the URI parser), it will still try to fetch a class from a remote location.”

In their analysis, researchers came across 8 high-severity vulnerabilities in 3rd-party web-applications resulting from URL parsing confusion.

All of them have been patched, they stated, except for those found in unsupported versions of Flask, so developers should refresh their apps with the updated versions:

They occur when a web application accepts a user-controlled input that specifies a URL that the user will be redirected to after a certain action. When a user logs into a website, for example, they could be redirected to a malicious look-alike site.

Researchers explained that typically, open-redirect attacks are thwarted via validation: “The web server validates the given URL & allows only URLs that belong to the same site or to a list of trusted domains.”

URL library confusion can interfere with proper validation, as is the case with the Clearance bug. The vulnerable function inside Clearance (a popular 3rd-party add-on for Ruby’s Rails framework that enables simple & secure email & password authentication) is “return to,” researchers noted.

This function is meant to be called after a login/logout procedure & should redirect the user safely to the page they requested earlier. However, it can be subverted if a target can be convinced to click on a URL with the following syntax: http://www.victim.com/////evil.com.

“Since Rails ignores multiple slashes in the URL, the path segment will arrive in its entirety to be parsed in Clearance (/////evil.com),” researchers explained.

“Since URI.parse trims off 2 slashes, the resulting URL will be ///evil.com. Whenever the server redirects the user to this URL, ///evil.com, the browser will convert this network path relative reference to the absolute http://evil.com URL pointing to the evil.com domain (host).”

One of the more ‘interesting’ bugs was found in Belledonne’s Linphone, a free voice-over-IP softphone, SIP client & service used for audio & video calls.

It suffers from scheme confusion thanks to how it manages SIP-message parsing, according to the analysis, which is when a URL-parsing library gets confused by a missing scheme (the “http” or similar portion of a web address).

“By looking into the URL parsing functionality of Belledone, we’ve found a piece of code parsing the SIP URL inside the to/from SIP headers,” researchers explained.

“Belledone parses the SIP URL as a generic URL & checks if the scheme is either SIP or SIPs using strcasecmp, checking if the given URL is a SIP URL.”

However, a Belledonne generic_uri accepts URLs created by the different URL components, without requiring specific components to be present, they explained.

Then, when Belledone uses strcasecmp, it compares a NULL pointer (because no scheme was supplied), resulting in a NULL pointer dereference & the application’s crash.”

The team created a proof-of-concept exploit code that was able to crash any remote user’s application by simply making a malicious VoIP call, “requiring zero interaction from the attacked user.”

To protect their apps, developers should adopt the following best practices, they explained:

Use as few parsers as possible. “We recommend you to avoid using a URL parser at all, and it is easily achievable in many cases,” researchers stated.

Transfer a parsed URL across a microservice environment. “If microservices are implemented in different frameworks or programming languages, they will likely use different URL parsers,” they noted. “To avoid this problem you can simply parse a URL at the front-end microservice & transfer it further in its parsed form.” 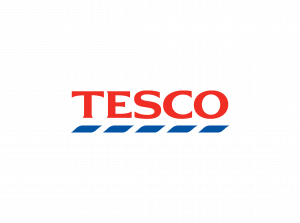 Tesco website & app now back up & running following suspected Hack! An outage, which left 1,000 of Tesco’s customers struggling to shop for groceries

Microsoft has become the latest victim of the ever-widening Solar Winds-driven cyber-attack, that has affected various US Federal Agencies & tech targets. Its president, Brad 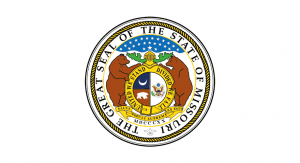 US State of Missouri Intends to Prosecute ‘Hacker’ Who Informed State About Data Leak!

Missouri, US, State Gov. Mike Parson launched a criminal investigation of a reporter who flagged a state website that exposed 100k+ Social-Security numbers for teachers